The multi-armed bandit is a feature that automatically adjusts variation distribution for a modification based on how well the variations of the modification perform over time. Performance is measured as either the click-through rate or conversion rate of a variation. The higher the rate, the more successful the variation, and the greater the likelihood that the variation is displayed to visitors.

You enable the multi-armed bandit in the Frosmo Administration Panel, modification content settings. 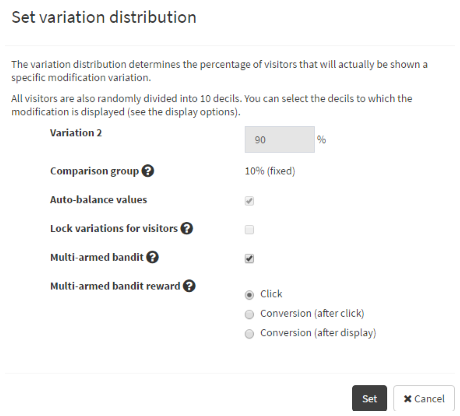 You can now easily duplicate placements:

You can also duplicate "old" placements that are no longer editable. When you duplicate an old placement, a new placement is created with the same settings.