The Rosemead release hotfix introduces an improvement to the target group editor.

In the Frosmo Administration Panel, the target groups page (Data Management > Segmentation > Target Groups) and the custom actions page (Utilities > Custom Actions) have been redesigned for improved usability and rebranded to match the application's new look-and-feel. The new pages provide the same functionality as the old pages, but through a more accessible and concise UI. The underlying code has been rewritten in Angular 2. 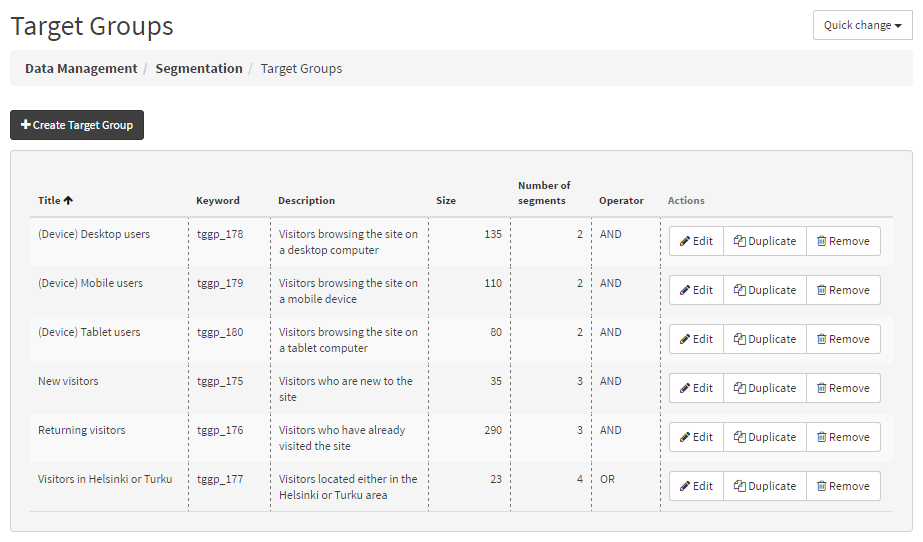 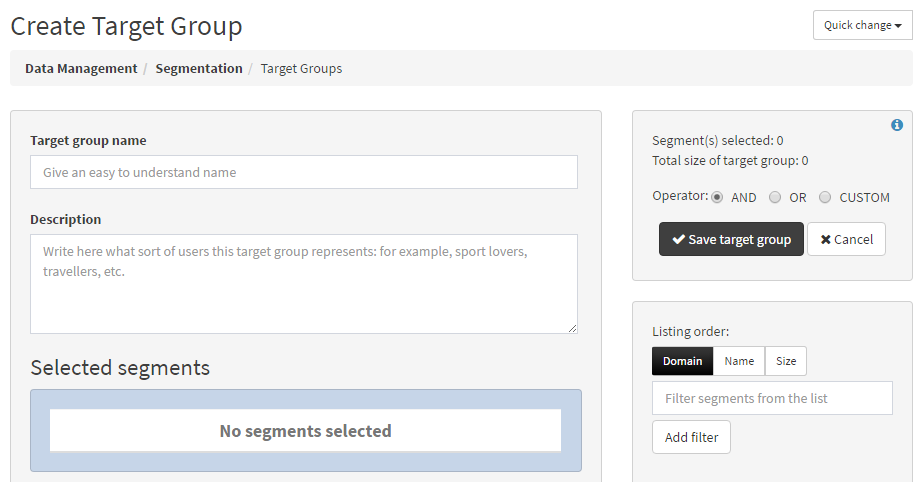 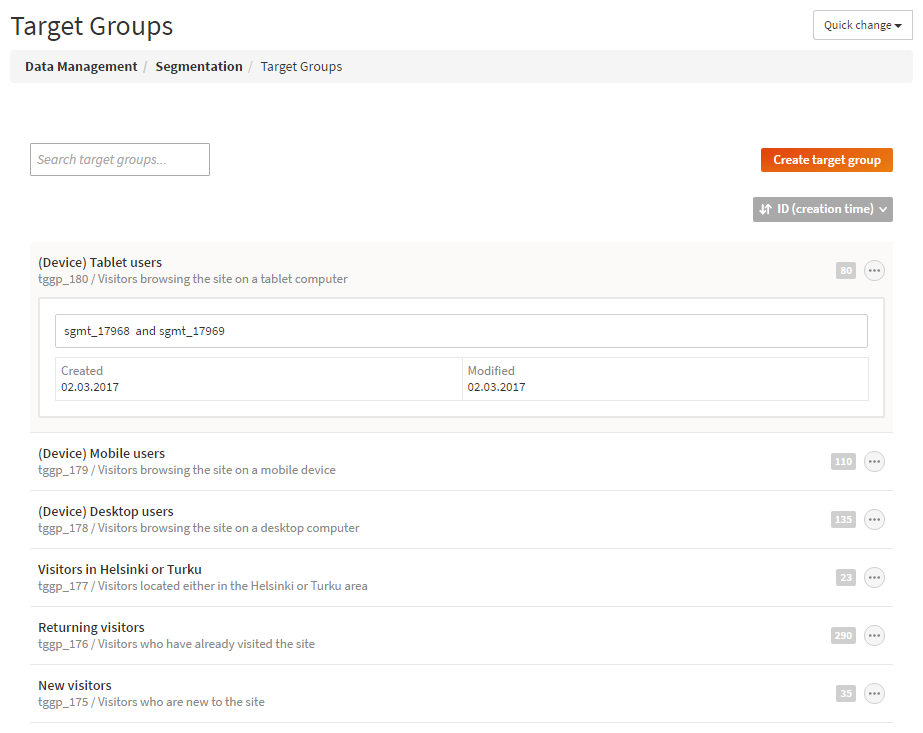 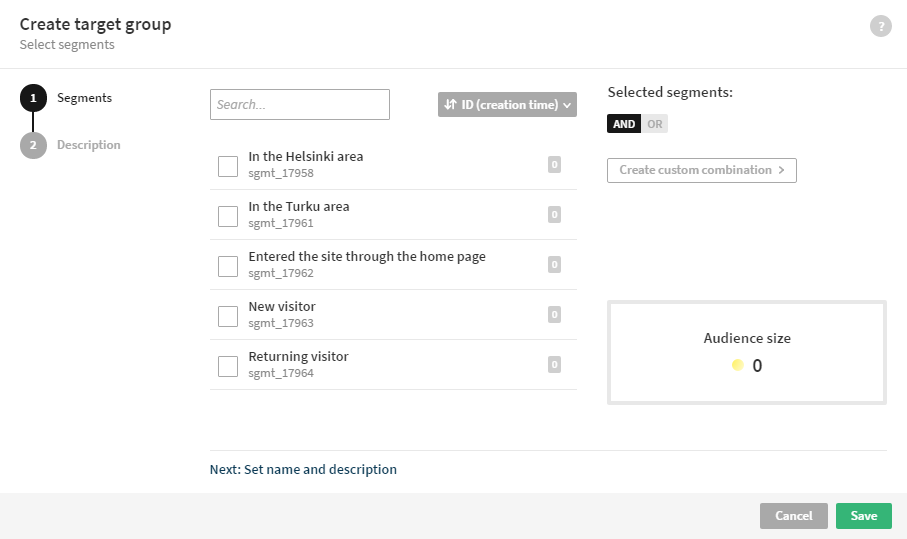 In the target groups list, the target group details now also include the creation and modification dates, and the specific segment combination is spelled out. In the editor, the old segment filtering options have been replaced with a search that targets segment IDs, names, and descriptions. You can sort the search results by segment ID, name, or creation time.

The hotfix updates the target group editor (see below). 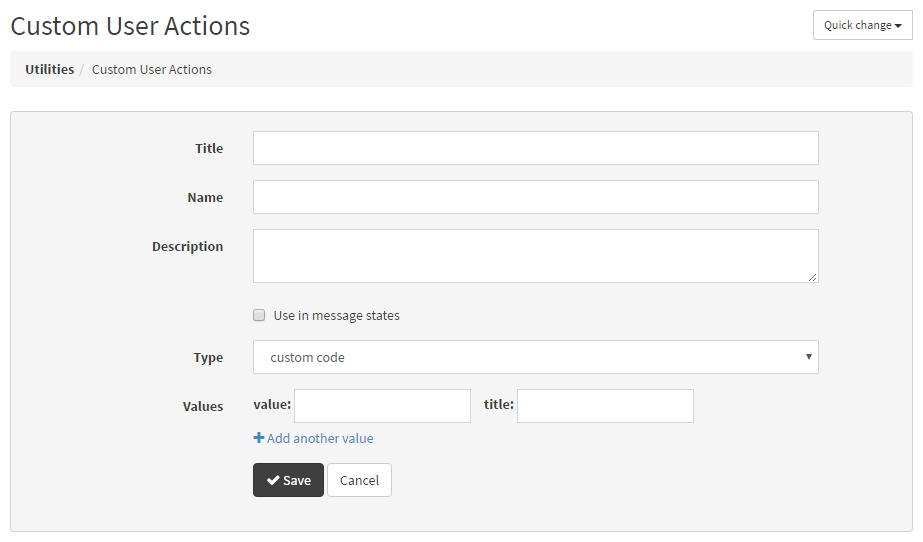 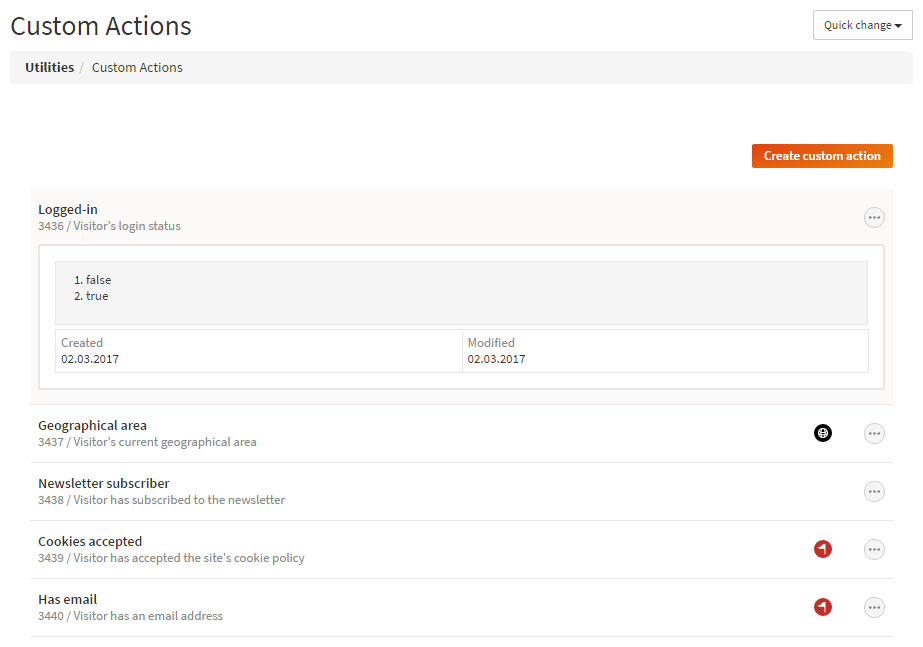 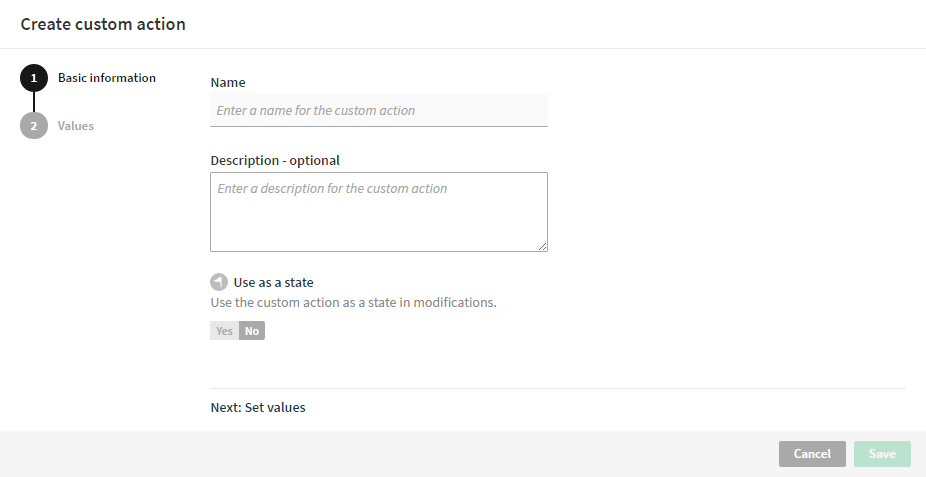 In the target group editor, available segments and selected segments are now grouped by site. 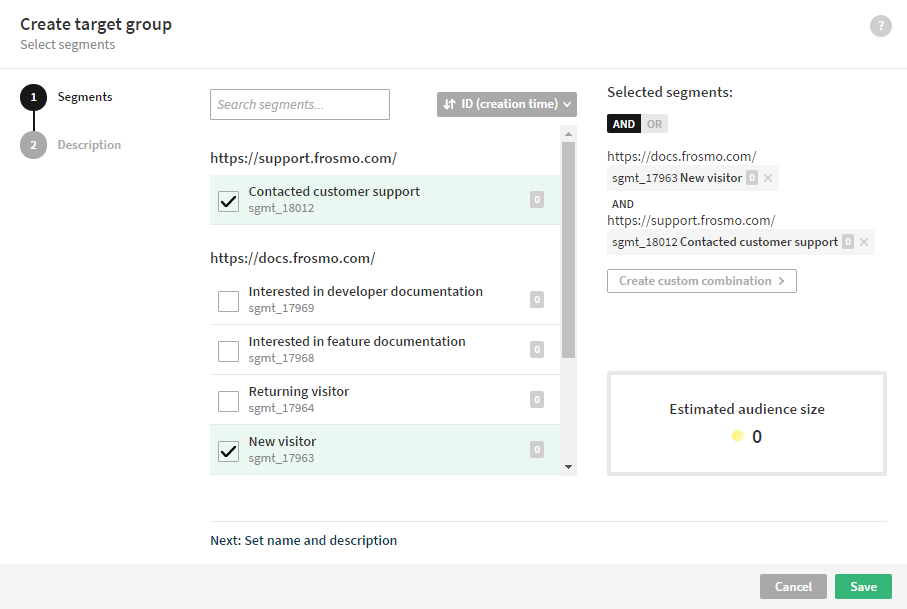