The Skid Row release mainly contains improvements to existing features, such as the multi-armed bandit, target groups page, and triggers. The release also contains a number of small improvements and bug fixes.

Previously, the feature only supported one algorithm for calculating optimal variation distribution, Thompson sampling. With the Skid Row release, the Frosmo Platform supports a number of different multi-armed bandit algorithms. Each algorithm represents a specific solution to the multi-armed bandit problem, which in the Frosmo context means a specific solution for maximizing the click-through rate or conversion rate of a modification.

The best algorithm to use depends on what you want to achieve with the multi-armed bandit. By default, modifications still use the Thompson sampling algorithm. You can change the algorithm separately for each modification in the modification settings. 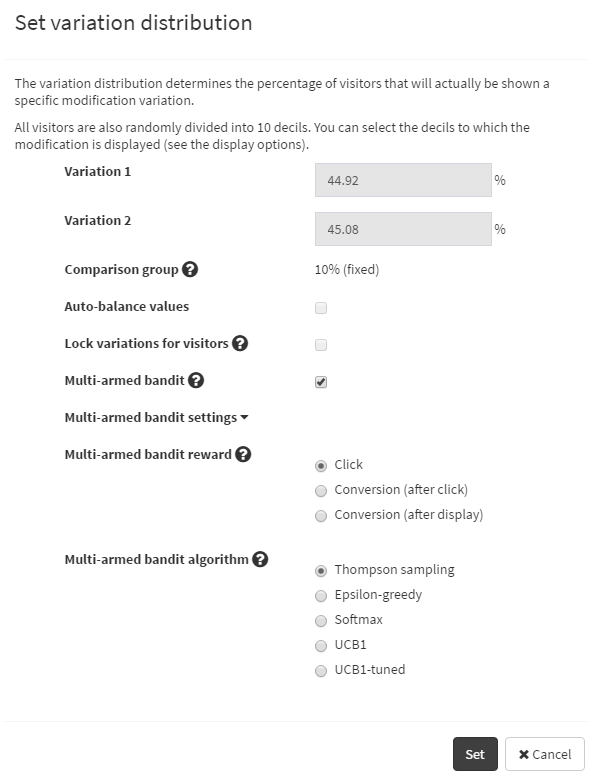 A trigger is an event used to determine when a modification should be displayed. You can also use triggers in segmentation by defining that a visitor gets segmented if their actions on a website fire a specific trigger.