Comment: Published by Scroll Versions from this space and version 9.0

For the Frosmo Platform component versions in this release, see the changelog. 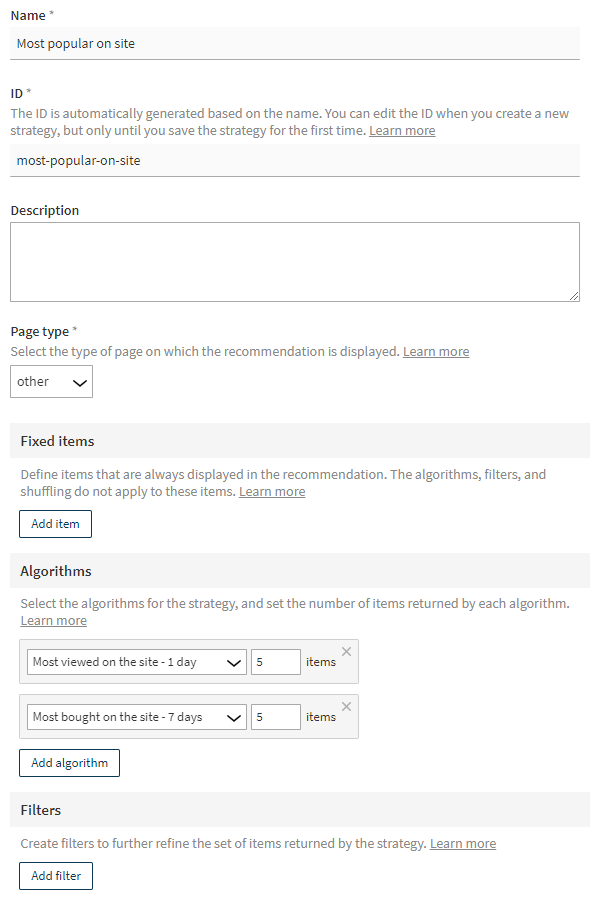 Figure: Recommendation strategy in the Control Panel (click to enlarge)

A strategy consists of:

Strategies improve on configurations in the following ways:

Using strategies on a site requires some setup on Frosmo's part. If you don't already have strategies available on your site, and would like to start using them, contact Frosmo support, and we'll see about setting up the feature for you.

For more information about strategies, see:

For more information about recommendations at large, see: